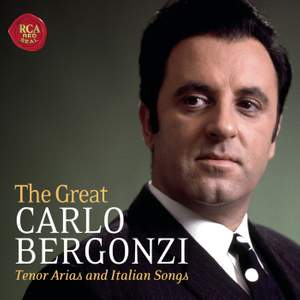 Carlo Bergonzi was widely regarded as one of the greatest operatic singers of the twentieth century and was particularly renowned for his authoritative interpretations of the music of Giuseppe Verdi. This two-disc set features famous Italian opera arias by Verdi, Donizetti and Puccini alongside a selection of lighter songs, all of which showcase Bergonzi’s refined musical interpretations and the breadth of repertoire in which he excelled during his long and distinguished career.