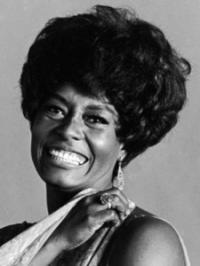 Born in New Orleans in 1931, Verrett battled family disapproval and racial prejudice to forge a career as one of the most successful dramatic mezzos (and later dramatic sopranos) of her generation. Making her debut as Britten's Lucretia in 1958, she went on to win the Met Council Auditions three years later before making great international impact in roles such as Azucena, Dalila, Eboli and in particular Carmen and Ulrica, which were perfectly suited to her dark, metallic voice and visceral stage-presence. From the late 1970s she extended her repertoire to encompass soprano repertoire, most notably Aida, Tosca, Lady Macbeth and Norma, and continued working well into the 1990s, singing Nettie in Carousel on Broadway as well as devoting huge amounts of time to teaching and supporting emerging artists. She died in Michigan on 5th November 2010.