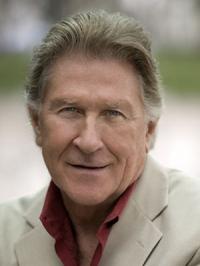 Sherrill Milnes is an American dramatic baritone most famous for his Verdi roles. From 1965 until 1997 he was associated with the Metropolitan Opera. His voice is a high dramatic baritone, combining good legato with an incisive rhythmic style. By 1965 he had made his debut at the Metropolitan Opera. His international debuts followed soon thereafter, and Milnes became one of the world's prominent Verdi baritones of the 1970s and 1980s.