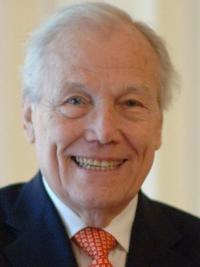 Born in Waziers (just outside Lille) on 14th August 1924, Prêtre studied in Douai and Paris, where mentors and influences includes Andrė Cluytens and Maurice Duruflė. He made his professional conducting debut in Marseilles in 1946 and honed his craft in the opera-houses of his native France over the next two decades, including a spell as music director of the Opéra-Comique in Paris, where he conducted the world premiere of Poulenc’s one-woman opera La voix humaine with the soprano Denise Duval (who died last January). During the 1960s he made debuts at many of the world’s major theatres, including Covent Garden, the Metropolitan Opera, and La Scala; operatic work (particularly French repertoire) would remain a major focus for the rest of his life, with highlights including acclaimed accounts of Bizet’s Les Pêcheurs de Perles, Massenet’s Werther, Berlioz’s La damnation de Faust, and two landmark studio recordings with Maria Callas – Tosca (with Carlo Bergonzi as Cavaradossi and Tito Gobbi as Scarpia) and Carmen (with Nicolai Gedda as Don Josė) for HMV in 1964. French orchestral repertoire also played a central role in his career – he was renowned for conducting lengthy symphonic works without a score, with acclaimed recordings and signature works including Ravel’s La valse, Debussy’s Nocturnes and Prélude à ‘L'après-midi d'un faune’ and Roussel’s orchestral works. He was also committed to new music: as well as conducting several Poulenc premieres, he gave the first performances of Joseph Jongen’s Symphonie concertante for Organ and Orchestra and Marcel Landowski’s Fourth Symphony, which was dedicated to him.

Prêtre continued to conduct into his ninth decade and beyond: engagements during his eighties included the Wiener Philharmoniker’s New Year’s Day Concerts in 2008 and 2010 (where he was the first Frenchman to take the podium in the event’s history) and ‘Cav and Pag’ (which he had conducted for Franco Zeffirelli’s famous film 1982 version with Placido Domingo) in Orange in 2009. He died on 4th January 2017.

Find out more at https://en.wikipedia.org/wiki/Georges_Prêtre

The French conductor has died aged 92.