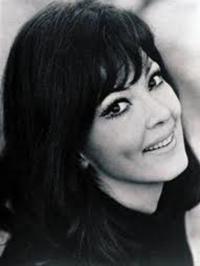 Anna Moffo was an American opera singer, television personality, and actress. One of the leading lyric-coloratura sopranos of her generation, she possessed a warm and radiant voice of considerable range and agility. Noted for her physical beauty, she was nicknamed "La Bellissima".

Winning a Fulbright Scholarship to study in Italy, Moffo became popular there after performing leading operatic roles on three RAI television productions in 1956. She returned to America for her debut at the Lyric Opera of Chicago on October 16, 1957. In New York, her Metropolitan Opera debut took place on November 14, 1959.