The Boston Symphony Orchestra (BSO) is an American orchestra based in Boston, Massachusetts. It is the second-oldest of the five major American symphony orchestras commonly referred to as the "Big Five". Founded by Henry Lee Higginson in 1881, the BSO performs most of its concerts at Boston's Symphony Hall and in the summer performs at Tanglewood.

Since its founding, the orchestra has had 17 music directors, including George Henschel, Serge Koussevitzky, Henri Rabaud, Erich Leinsdorf, William Steinberg and James Levine. Andris Nelsons is the current music director of the BSO. Seiji Ozawa has the title of BSO music director laureate.

Thomas Adès conducts the Boston Symphony Orchestra in performances of two of his own works: the Concerto for Piano and Orchestra, and Totentanz. 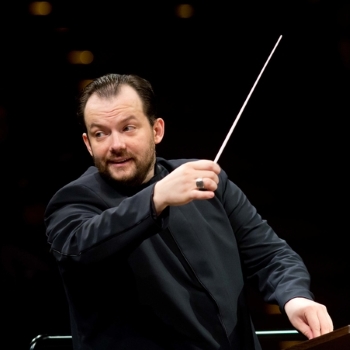 Recording of the Week,  Andris Nelsons continues his Shostakovich cycle with Symphonies 6 & 7

Andris Nelsons continues his Shostakovich series with the Boston Symphony Orchestra, with thrillingly detailed accounts of the Sixth and Seventh symphonies.