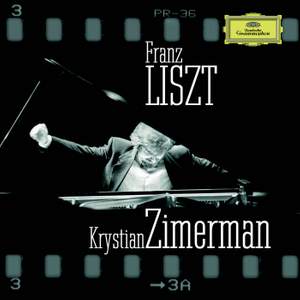 Coinciding with the death of his mother and the birth of his daughter, these recordings were intensely personal for Zimerman. The Concertos are scintillating, the Sonata Olympian. — BBC Music Magazine, February 2012, 5 out of 5 stars

Krystian Zimerman made two Liszt discs for Deutsche Grammophon in 1987 and 1990 respectively: one of the two Piano Concertos and Totentanz, with the Boston Symphony Orchestra under Seiji Ozawa, the other of solo piano music, comprising Liszt’s masterwork, the B minor Sonata,and a selection of late piano works – spooky, often unnerving pieces, like Nuages gris and La lugubre gondola II.

Both are generally regarded as benchmark recordings, and have consistently been in the catalogue for over 20 years. On the Concertos disc, The Penguin Guide wrote: “It has poise and classicism and, as one listens, one feels that this music could not be played in any other way”, with Boston and Ozawa offering “excellent support”. Krystian Zimerman, as ever, plays a “superb” instrument (Gramophone) – prepared personally by the artist.

Now, as part of our celebration of the Liszt 200 anniversary, we are offering both as a handy twofer, with new cover art (photo by star Japanese photographer Akira Kinoshita), original liner notes in English, German and French, and additional photos in the booklet. The cover design is by Claudia Zimerman, the pianist’s graphic-designer daughter.

Coinciding with the death of his mother and the birth of his daughter, these recordings were intensely personal for Zimerman. The Concertos are scintillating, the Sonata Olympian.