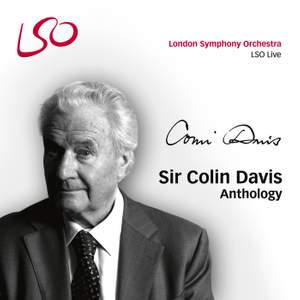 despite the film’s scrappy construction music and man emerge loud and clear. A “reluctant king” is Sir David Attenborough’s description. His baton, Mitsuko Uchida, the pianist, crisply says,... — The Times, 18th April 2014, 4 out of 5 stars More…

Tippett: A Child of Our Time

The World Turns on its Dark Side

The Argument - Man Has Measured the Heavens

Scene - Is Evil Then Good?

Now in Each Nation

Chorus of the Oppressed - When Shall the Userers' City Cease

I Have No Money for My Bread

How Can I Cherish My Man in Such Days

A Spiritual - Steal Away

A Star Rises in Mid-Winter

And a Time Came

Chorus of Persecutors and Persecuted - Away with them!

Where They Could, They Fled

And the Boy's Mother Wrote a Letter

A Spiritual - Nobody Knows the Trouble I See, Lord

Scene - The Boy Becomes Desperate in His Agony

They Took a Terrible Vengeance

The Terror - Burn Down Their Houses!

Men Were Ashamed of What Was Done

A Spiritual of Anger - Go Down, Moses

The Boy Sings in His Prison

What Have I Done to You, My Son?

The Soul of Man

Scene - The Words of Wisdom Are These

General Ensemble - I Would Know My Shadow and My Light

A tempo - If I Forget Thee

By the Waters of Babylon

Babylon Was a Great City

Praise Ye the God of Gold!

And in That Same Hour

The Trumpeters and Pipers

Then Sing Aloud to God Our Strength

Sir Colin Davis was instrumental in the success and development of LSO Live, including the label’s first Grammy Award. He also played a huge part in the pre-eminence of the LSO across the globe for more than 50 years. This unique collection of 13-discs is the 100th release on LSO Live, and will be a limited edition release. The collection pays tribute to not only Sir Colin’s work with LSO Live, but more specifically his relationship with LSO through the decades.

The collection includes previously unreleased material from the LSO Live archive, and two much loved recordings on high-resolution SACD for the first time, Dvorak Symphony No 9 and Berlioz Symphonie fantastique. Never before seen private correspondence and photos from Sir Colin’s archives accompany the discs.

The anthology is completed with a bonus DVD documentary by Reiner Moritz. This portrait includes his last public statements, and contributions from Sir David Attenborough, Sir Simon Rattle and Roger Wright. The documentary highlights his work in masterclasses, opera, concerts and to-camera talk which reveals the man behind the musician.

despite the film’s scrappy construction music and man emerge loud and clear. A “reluctant king” is Sir David Attenborough’s description. His baton, Mitsuko Uchida, the pianist, crisply says, doesn’t dictate, it invites...Long live the art and memory of the reluctant king.