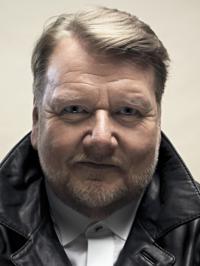 Heppner was born in Murrayville, British Columbia, in 1956 and first attracted national attention when he won the CBC Talent Festival at the age of 23. He is now regarded as one of the most prominent heldentenors of his generation, with a repertoire which encompasses all the major Wagner roles for his voice-type as well as Otello, Florestan, Gherman in The Queen of Spades and Aenee in Les Troyens.

His many awards include the 1988 Birgit Nilsson Prize (which launched his career as a Wagnerian), several Juno awards and a Grammy for his performance on the Solti recording of Die Meistersinger on Decca in 1998. After being made a Member of the Order of Canada in 1999, he was promoted to Officer in 2002 and Companion in 2008.