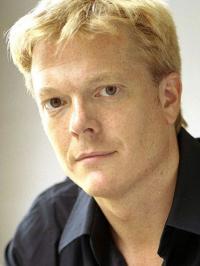 British tenor Toby Spence was born in London in 1969 and was educated at Uppingham School, New College Oxford and the Guildhall School of Music and Drama; he made his professional debut for Welsh National Opera as Idamante in Idomeneo under Sir Charles Mackerras and rapidly found himself in demand for roles such as Mozart’s Mitridate, Rossini’s Count Almaviva, Tom Rakewell in The Rake’s Progress, and (slightly further down the line) David in Die Meistersinger which he sang at Covent Garden to great acclaim in 2011. Shortly after the run he was diagnosed with thyroid cancer, which necessitated a sabbatical from singing, but made a full recovery; by 2013 he was back on stage at the Royal Opera House as Essex in Britten’s Gloriana.

In addition to his diverse operatic work, Spence is renowned for his recital-performances of Britten and Finzi in particular, and his oratorio repertoire includes Bach’s Evangelists, Haydn’s The Creation and The Seasons, Britten’s War Requiem

His discography includes Hylas on Colin Davis’s multi-award-winning recording of Berlioz’s Les Troyens, the world premiere recording of Thomas Adès’s The Tempest (in which he created the role of Ferdinand), Ralph Rackstraw on Richard Egarr’s recording of HMS Pinafore, and Mahler’s Das Lied von der Erde opposite Sarah Connolly with Yannick Nézet-Séguin and the London Philharmonic Orchestra.

Find out more at https://en.wikipedia.org/wiki/Toby_Spence