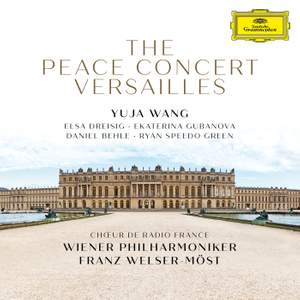 1. Mars, the Bringer of War

A setlist like no other, a never-heard-before compilation of deeply moving musical pieces highlighting numerous aspects of war and peace. This is how the Wiener Philharmoniker, led by Franz Welser-Möst and supported by an all-star line-up, among them singular pianist Yuja Wang, tackled the highly anticipated concert in commemoration of the end of the 1st world war. 100 years after the first of the devastating humane catastrophes of the 20th century officially ended at Versailles, a group of inspired musicians gathered at the historic site for a concert that will live on in the memory of those who have seen or heard it.