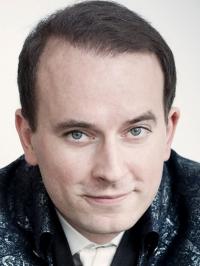 Born in Hamburg in 1974, Daniel Behle studied at the Hochschule fur Musik in his native city, and privately with his mother Renate (a celebrated dramatic soprano who was described by *Die Welt* as ‘a Wagner singer to rejoice over’). He made his name in light lyric and bel canto roles including Mozart’s Ferrando, Belmonte and Tamino (which he sings on René Jacobs’s multi-award-winning recording from 2010 on Harmonia Mundi), and Strauss’s Matteo (Arabella), Henry Morusus (Die schweigsame Frau) and Flamand (Capriccio). He has worked mainly in Germany, and first appeared at Covent Garden in 2016 in Così fan tutte (‘it is Daniel Behle’s Ferrando who scores most strongly with his introspective “Un’aura amorosa’ – The Telegraph).

From his early forties, Behle began to move into more dramatic repertoire, making his Bayreuth debut as David in Die Meistersinger in 2017, followed by Froh in Das Rheingold later on in the Festival. His repertoire also includes Erik in Der fliegende Holländer, Max in Der Freischütz and Loge in Das Rheingold.

Behle’s discography includes Dichterliebe, Die schone Müllerin, Brahms’s Die schöne Magelone and a recital of Strauss lieder with his regular recital-partner Oliver Schnyder (‘this thrilling Strauss album makes me want to hear this young German tenor in everything he sings.’ – The Sunday Times). He is also a gifted composer and arranger, and has recorded Winterreise in his own arrangement of the cycle for voice and jazz trio; his tribute to his home city, Mein Hamburg (2016), features several of his own compositions.

Find out more at https://en.wikipedia.org/wiki/Daniel_Behle

The German tenor talks to Katherine about his new album of Mozart arias (released last Friday on Sony), and his own ongoing transition into more heroic repertoire.