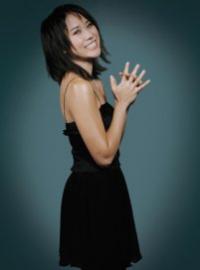 Born in Beijing in 1987, Yuja Wang began studying piano at age six, with her earliest public performances taking place in China, Australia and Germany, and went on to study at the Central Conservatory of Music in Beijing under Ling Yuan and Zhou Guangren. Following three years, from 1999 to 2001, at the Morningside Music summer program at Calgary’s Mount Royal College, an artistic and cultural exchange program between Canada and China, Yuja moved to Canada and began studying with Hung Kuan Chen and Tema Blackstone at the Mount Royal College Conservatory. In 2002, when Yuja was 15, she won Aspen Music Festival’s concerto competition and moved to the U.S. to study with Gary Graffman at The Curtis Institute of Music in Philadelphia, where she graduated in 2008. In 2006 Yuja received the Gilmore Young Artist Award.

Yuja is widely recognized for playing that combines the spontaneity and fearless imagination of youth with the discipline and precision of a mature artist. Regularly lauded for her controlled, prodigious technique, her command of the piano has been described as "astounding" and "superhuman" and she has been praised for her authority over the most complex technical demands of the repertoire, the depth of her musical insight, as well as her fresh interpretations and graceful, charismatic stage presence. Following her San Francisco recital debut The San Francisco Chronicle wrote "The arrival of Chinese-born pianist Yuja Wang on the musical scene is an exhilarating and unnerving development. To listen to her in action is to re-examine whatever assumptions you may have had about how well the piano can actually be played" and The Washington Post called Yuja’s Kennedy Center recital debut "jaw-dropping".

Find out more at https://en.wikipedia.org/wiki/Yuja_Wang