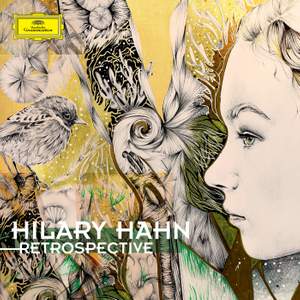 Excerpt,  Ives, C: Sonata for Violin and Piano No. 1

Du Yun: When a Tiger Meets a Rosa Rugosa

An artist portrait personally curated by Hilary Hahn, featuring tracks from the majority of albums she made as a DG artist.

The portraits used for the cover and packaging artwork were designed by Hilary’s fans; they were commissioned via her social media.