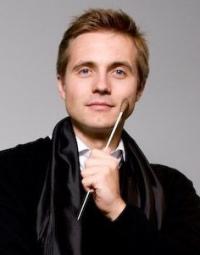 Vasily Petrenko is the Principal Conductor of the Royal Liverpool Philharmonic Orchestra.

Between 1994 and 1997, Petrenko was Resident Conductor at the St Petersburg State Opera and Ballet Theatre in the Mussorgsky Memorial Theatre. During this time he gained an enormous amount of operatic experience and he now has over 30 operas in his repertoire.

Petrenko is equally at home in symphonic and operatic repertoire. On the symphonic front, he has previously worked with the City of Birmingham Symphony, Swedish Radio, Ensemble Orchestral de Paris and NDR Hanover, BBC Wales, Cadaques and Castille y Leon Orchestras in Spain.

In the 2007/08 season, he makes his debut performance with the London Symphony Orchestra, conducts the National Youth Orchestra and returns to the Rotterdam Philharmonic. In the 2008/09 season, he conducts a BBC Prom with the Liverpool Philharmonic Orchestra, the European Union Youth Orchestra and debuts with the Netherlands Radio Philharmonic and Budapest Festival Orchestras. After making a highly successful US debut last season in Milwaukee and Indianapolis, he has consequently been invited to Dallas, Baltimore, Cincinatti, Milwaukee and Atlanta Symphony Orchestras.

Operatically, he has worked in recent seasons with the Reisopera in The Netherlands on three productions (Le Villi together with Messa da Gloria, I due Foscari and Boris Godounov) and will be conducting the Opera de Bastille in the 2010/11 season conducting Eugene Onegin.

Petrenko was Chief Conductor of the State Academy Orchestra of St Petersburg from 1994 to 2007. He commenced his position as Principal Conductor of the Royal Liverpool Philharmonic in September 2006 and six months into his first season this contract was extended till 2012.

Find out more at https://en.wikipedia.org/wiki/Vasily_Petrenko