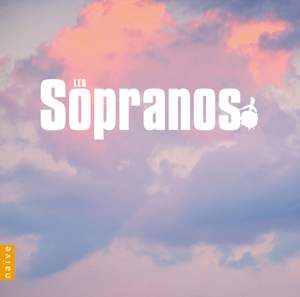 Much like the American television series of the same name, the sopranos are a large family: although they all play the same role, stylistically speaking they are quite diverse, with the term 'soprano' encompassing a wide variety of voices. Let’s take a closer look!

First come the coloratura sopranos, outstanding for their stratospheric high notes. Patricia Petibon is a great example; her voice is both agile and pure in Henry Purcell’s "Bid the Virtues", in which she and an oboe share a subtle musical conversation. Voices like Julia Lezhneva’s, which effortlessly negotiate wide leaps between the low and high registers, are known as coloratura mezzos. Lezhneva performs two excerpts from Italian opera here: in the first, from Vivaldi’s 'Orlando furioso', she demonstrates flawless virtuosity and a rich timbre. The second, "Tanti affetti”, from Rossini’s 'La donna del lago', showcases her ease in perilous scales. The term 'light' soprano refers to a bright voice that is at home in the baroque and classical repertoires. Sandrine Piau, an exceptional Mozart performer, gives a dazzling rendition of “Ach, ich fühl’s” from 'The Magic Flute'. Barbara Schlick, who stands out for her interpretations of Bach’s music and her great respect for the text, sings an excerpt from Bach's Cantata BWV180. Magnificent performances by light sopranos Rosanna Bertini, in Monteverdi’s 'Lamento della ninfa', and Gemma Bertagnolli (in “Cujus animam” from Pergolesi’s 'Stabat Mater') round out the programme.

A 'lyric' soprano generally indicates a voice with a solid and generous medium register. Lyric sopranos are excellently suited to the music of the 19th century as well as to Handel’s music. Here Lucy Crowe offers a highly convincing version of Handel’s “The Soft Complaining Flute” from the 'Ode for St. Cecilia’s Day'. Veronica Cangemi’s lusciously dark tone takes the well-loved “Lascia ch’io pianga” to new poetic heights, and Karina Gauvin demonstrates astounding control in “Piangerò” from 'Giulio Cesare'. Maria Bayo displays her abilities as a lyric soprano with an aptitude for coloratura singing in the exquisite 'Exsultate jubilate' by Mozart.

The 'dramatic' soprano is the most intense soprano voice, as Véronique Gens, a habitué of tragic roles, ably shows in an excerpt from Mozart’s 'Don Giovanni', with her powerful performance of “Mi tradi quell’alma ingrata”, illustrating Donna Elvira’s tormented mind. These vocal categories do not define a singer for the whole of her career, however, and certain sopranos change registers with the passing years. Gäelle Arquez’s rare recording of “Amerò” from Vivaldi’s 'Orlando' demonstrates her talents as both a soprano and as a mezzo. Other voices simply defy classification. Such is the case of the inimitable Felicity Lott, who sings “Plaisir d’amour” with typically immaculate diction.