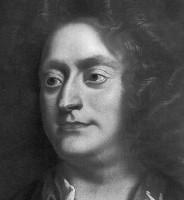 Henry Purcell was an English composer. Although it incorporated Italian and French stylistic elements, Purcell's was a uniquely English form of Baroque music. He is generally considered to be one of the greatest English composers; no later native-born English composer approached his fame until Edward Elgar, Ralph Vaughan Williams, Gustav Holst, William Walton and Benjamin Britten in the 20th century.

Recording of the Week,  Purcell's Fairy Queen from Paul McCreesh and Gabrieli

A glorious return to the Restoration stage, with a semi-opera if anything even more vivid than King Arthur - featuring a cast of gods, fairies, peasants, poets and... monkeys?

The young British countertenor talks to Katherine about his career to date and his recent album of duets by Purcell and Blow with Iestyn Davies and The King's Consort.

Browse all further reading about Purcell