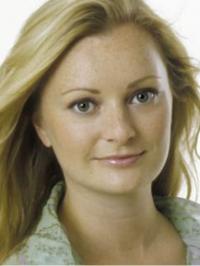 British soprano Lucy Crowe was born in Staffordshire in 1978 and studied at the Royal Academy of Music; accolades whilst still a student included second prize in the 2005 Kathleen Ferrier Awards, and the Royal Overseas Gold Medal in 2002. Though her early career focused on baroque opera (she came to widespread attention after jumping in at short notice as Poppea for English National Opera’s production of Handel’s Agrippina in 2007 and made her Royal Opera House debut as Belinda in Purcell’s Dido and Aeneas two years later), Crowe’s repertoire also includes Sophie in Der Rosenkavalier, Gilda in Rigoletto, the title-role in Janáček’s The Cunning Little Vixen, and Rosina in Il barbiere di Siviglia. Crowe’s discography includes a Debussy recital with Malcolm Martineau (‘Crowe’s bright, pure tone suits the music well: she is extremely precise and can spin out the lightest of silken vocal lines without any extraneous fuss’ – BBC Music Magazine), the title-role on Christian Curnyn’s recording of Handel’s Alceste (winner of the BBC Music Magazine Awards’ Opera category in 2013), Beethoven’s Missa solemnis and Mendelssohn’s Lobgesang with John Eliot Gardiner, and Pergolesi’s Stabat mater with La Nuova Musica and David Bates.

Recording of the Week,  Handel's Rodelinda from Harry Bicket and The English Concert

Social distancing is no barrier to superb ensemble-playing on this terrific new recording of Handel's 1725 opera, with Lucy Crowe in the title-role and Iestyn Davies as her estranged husband Bertarido.