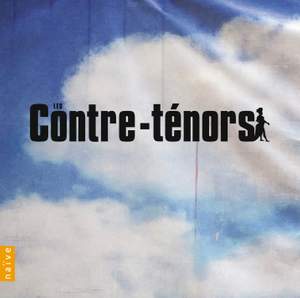 a splendid taster for those who haven’t yet exploited this niche of the music...Eight singers of undisputed high quality can be heard here, and they are only the tip of the iceberg. Repertoire-wise... — MusicWeb International, 13th November 2013 More…

The 1994 film 'Farinelli' catapulted the countertenor voice into the limelight. Nearly 20 years later, one thing is clear: countertenors are sought after by opera houses, record companies and agents more than ever. The English singer James Bowman was one of the pioneers of the countertenor repertoire: his ability to create a luscious sound with a fluid legato is ably demonstrated in his legendary recording of the aria from Gluck’s Orfeo ed Euridice, “Che faro senza Euridice”, and in “Va tacito e nascosto” from Handel’s Giulio Cesare.

In the French countertenor firmament Dominique Visse stands out for his musicianship. His voice takes on a biting, slightly stinging quality in the aria from Vivaldi’s 'Montezuma'. Gérard Lesne founded Il Seminario Musicale in 1985.

Today Lesne’s expanded musical horizons include both jazz and pop recordings. The American Derek Lee Ragin, took off with his recording of the 'Farinelli' soundtrack. The film’s director, Gérard Corbiau, had the bold idea of mixing Ragin’s countertenor voice with that of soprano Ewa Mallas-Godlewska, thereby creating the unique timbre of a castrato.

Andreas Scholl's excerpts from two Bach cantatas showcase his fascinating timbre as well as his sense of rhetoric and phrasing.

A brilliant new generation of counter-tenors continues to carry the torch. Foremost among them is Philippe Jaroussky; his instantly recognisable voice is of an audacious purity. Iestyn Davies, born in 1979, is a great admirer of James Bowman.

His voice combines expressive flexibility and technical agility, and these qualities stand out in his recording of an aria from Vivaldi’s 'Griselda'. The rising Korean star David DQ Lee displays robust vocal foundations and masterful breathing technique.

If further proof of the countertenors’ achievements were needed, it can be found in the fact that major opera houses now slate works with entirely male casts, bringing together up to nine countertenors! What was once just a fashion has become the cutting edge.

a splendid taster for those who haven’t yet exploited this niche of the music...Eight singers of undisputed high quality can be heard here, and they are only the tip of the iceberg. Repertoire-wise very little is standard fare