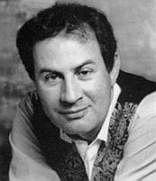 An inspiration and mentor to an entire generation of countertenors, James Bowman was born in Oxford in 1941 and began his musical life as a chorister at Ely Cathedral before studying at New College Oxford (he maintained close links with the choir there throughout his career and was made an Honorary Fellow in 1998). His solo career began to take off whilst he was student: he made his London debut in 1967, and later that year began working with the Early Music Consort of London as well as auditioning for Benjamin Britten (the beginning of a long association which would see Bowman become the definitive Oberon in A Midsummer Night’s Dream and create the role of Apollo in Death in Venice).

Bowman’s vast discography includes an English-language Giulio Cesare under Charles Mackerras (in which he sings Tolomeo opposite Janet Baker’s Caesar in one of her final operatic performances), the original-cast recording of Death in Venice under Steuart Bedford, Handel arias with The King’s Consort, and Bach’s St John Passion with the Choir of New College Oxford. He continued to work in cathedral music alongside his solo career, singing as a member of the choir of the Chapel Royal well into his sixties, and in the later years of his career enjoyed taking on Gilbert & Sullivan’s contralto roles in drag.

Find out more at https://en.wikipedia.org/wiki/James_Bowman_(countertenor)