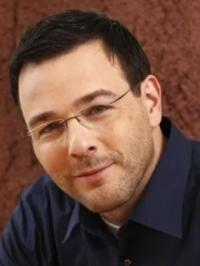 German countertenor Andreas Scholl was born on November 10, 1967. His range is the same as that of the celebrated 18th century alto castrato, Senesino, for whom Handel wrote his greatest alto roles. Fanfare magazine says: "There are more excellent countertenors before the public today than ever before, but one stands out above all others, as Caruso among tenors a century ago: Andreas Scholl". In 2005, Scholl was the first countertenor ever to be invited to sing solo at The Last Night of the Proms in London.

The German countertenor captivates in a programme of lute and consort songs by the great Elizabethan ‘poet of melancholy’, John Dowland, with lutenist Julian Behr and Swiss-based viol quartet Concerto di Viole.