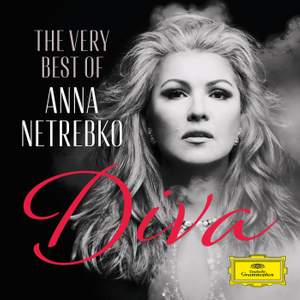 It is rare for an artist to break through the boundaries of classical music stardom and achieve recognition in the wider world, but Anna Netrebko has achieved that and more. In a recording career spanning less than fifteen years so far, she has not only seduced the classical scene with the beauty of her voice, her superb vocal control and supreme musicality, she has also become an international icon. More than an operatic diva, Anna Netrebko is an enormously charismatic individual whose style and stage presence are as celebrated as her musicianship. A passionate advocate for children’s causes, she supports a number of charitable organisations, including SOS-Kinderdorf International and the Russian Children’s Welfare Society. She is a global ambassador for Chopard jewellery.

Born in 1971 in Krasnodar, Russia, Netrebko studied vocal performance at the St Petersburg Conservatory. When she auditioned for the Mariinsky Theatre, she was spotted by Valery Gergiev, who became her vocal mentor. She made her operatic stage debut at the Mariinsky, aged 22, singing Susanna in Le nozze di Figaro. One year later she made her US debut at the San Francisco Opera. She really started pulses racing in the international opera world with a triumphant Salzburg Festival debut in 2002 as Donna Anna in Mozart’s Don Giovanni. Since then she has gone on to perform with nearly all the world’s great opera companies, displaying consummate skill and naturalness as she inhabits each new role, including Mozart’s Susanna (Le nozze di Figaro), Puccini’s Mimì (La bohème) and Manon Lescaut; Verdi’s Violetta (La traviata), Gilda, Leonora, Lady Macbeth and Giovanna d’Arco; Bellini’s Giulietta (I Capuleti e i Montecchi), Elvira (I puritani) and Amina (La sonnambula); Donizetti’s Norina (Don Pasquale), Adina (L’elisir d’amore), Lucia di Lammermoor and Anna Bolena; Massenet’s Manon; Gounod’s Juliette; Tchaikovsky’s Tatiana (Eugene Onegin) and Iolanta; Wagner’s Elsa (Lohengrin); and, most recently, Cilea’s Adriana Lecouvreur.

Her debut at New York’s Metropolitan Opera also came in 2002, and she has returned every season since, becoming the only soprano to have opened the season in three consecutive years (2011–13), as well as captivating audiences worldwide thanks to the Met’s “Live in HD” cinecasts. Anna Netrebko appears every season at the Vienna State Opera – she has lived in Vienna for many years and obtained Austrian citizenship in 2006. Having made her La Scala debut in 2011 as Donna Anna, she returned to Milan in 2012, giving performances as Mimì that won praise from critics and audiences alike. She made her role debut as Verdi’s Lady Macbeth at the Bavarian State Opera in 2014 and was invited back to La Scala to open the 2015-16 season in a production of the same composer’s Giovanna d’Arco, the work’s first performance there for over 150 years and Netrebko’s first stage appearance in its title role.