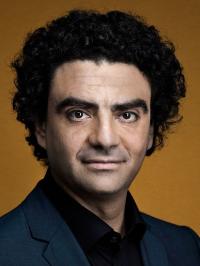 Rolando Villazón was born in 1972 in Mexico City, Mexico. At the age of 11, he joined the Espacios academy for the performing arts, where he studied music, acting, contemporary dance and ballet. In 1990 Villazón met baritone Arturo Nieto who introduced him to the world of opera and became his voice teacher. Two years later, he entered the National Conservatory of Music to continue his vocal preparation with Enrique Jaso. There, he sang Dorvil from La Scala di Seta, Florville from Il Signor Bruschino, and Alessandro from Il Re Pastore. After winning two national contests in Mexico City and Guanajuato, Villazón became a student of baritone Gabriel Mijares, with whom he continued his studies before launching an international career.

He is now internationally recognized as one of the leading lyric tenors of our day and has been acclaimed for performances at leading theatres across the world including the Metropolitan Opera, Opera National de Paris and the Royal Opera House Covent Garden. He persues a busy recording schedule for Virgin Classics and frequently as a guest on other labels.

Find out more at https://en.wikipedia.org/wiki/Rolando_Villazón