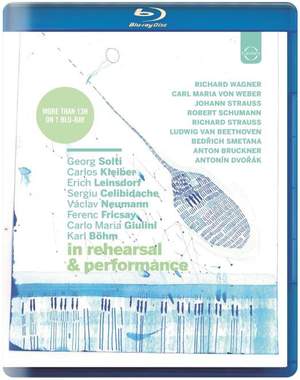 Experience the greatest conductors of the past century in this extensive collection of carefully selected rehearsals and performances - more than 13 hours of standard DVD quality with non-compromised audio on one Blu-ray Disc.

Learn how these musical leaders work their visions into an extraordinary performance and see them up close in an intimate rehearsal with the orchestra.