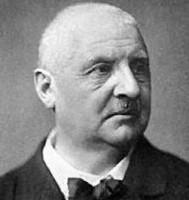 Josef Anton Bruckner was an Austrian composer, organist, and music theorist best known for his symphonies, masses, Te Deum and motets. The first are considered emblematic of the final stage of Austro-German Romanticism because of their rich harmonic language, strongly polyphonic character, and considerable length. Bruckner's compositions helped to define contemporary musical radicalism, owing to their dissonances, unprepared modulations, and roving harmonies.

Unlike other musical radicals such as Richard Wagner and Hugo Wolf, Bruckner showed extreme humility before other musicians, Wagner in particular. This apparent dichotomy between Bruckner the man and Bruckner the composer hampers efforts to describe his life in a way that gives a straightforward context for his music. 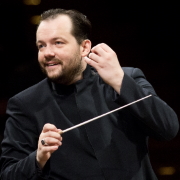 Recording of the Week,  Andris Nelsons completes his Bruckner cycle with the Gewandhausorchester

The Latvian conductor and his Leipzig ensemble complete their cycle of Bruckner symphonies with radiant, dramatic performances of Symphonies 1 and 5.

Browse all further reading about Bruckner