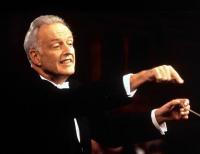 Carlos Kleiber was one of the legendary conductors of his time, famous for his infrequent, but supreme interpretations of a limited repertory. The New York Times called him "the most venerated conductor since Arturo Toscanini." Carlos Kleiber was born in Berlin, but was raised in Argentina. He was interested in music from an early age, despite opposition from his famous father, the conductor Erich Kleiber.