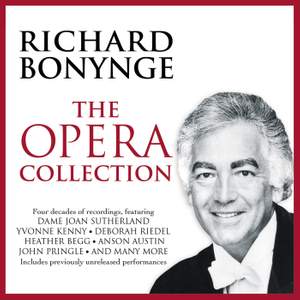 Trio: So will we never meet again?

Finale: Now, marching down the road of morning

Novello: Some Day My Heart Will Awake

Novello: My Dearest Dear (from The Dancing Years)

Richard Bonynge is renowned as one of the finest opera conductors of his generation. His musicianship has been acclaimed around the globe – but it is at home in Australia that many of his closest musical collaborations have developed.

This collection, released in celebration of the maestro’s 85th birthday, celebrates his rich legacy on ABC Classics, drawing on four decades of recordings: from Handel and Mozart to the great bel canto repertoire and Viennese operatta, including never-before-released recordings of Joan Sutherland, and classic recordings of French opera arias now issued on CD for the first time.