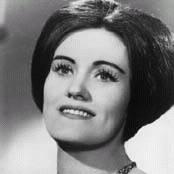 Coming to singing relatively late, she trained first in her native Australia and subsequently in London at the Royal College of Music and was hired as a house soprano at Covent Garden soon after graduation. Initially marked out as a potential dramatic soprano, her early roles for the company included Helmwige, Aida, Mozart's Countess and Amelia in Un Ballo in Maschera, but under the tutelage of the bel canto enthusiast and fellow Australian Richard Bonynge, (whom she later married) Sutherland began to work privately on the dramatic coloratura roles of Rossini, Donizetti and Bellini. In 1959, she was invited to sing Lucia di Lammermoor at the Royal Opera House in a production conducted by Tullio Serafin and staged by Franco Zeffirelli. It was a breakthrough for Sutherland's career, and as soon as she finished the famous Mad Scene, she was a star. She and Bonynge went on to resurrect many gems of the bel canto repertoire together in all the major international opera-houses: particular triumphs included the lead roles in Bellini's La Sonnambula, I Puritani and Beatrice di Tenda and Donizetti's La Fille du Regiment and Lucrezia Borgia, as well as French obscurities such as Massenet's Esclarmonde and Le Roi de Lahore.

Made a Dame of the British Empire in 1979, she retired from the operatic stage in 1990, but continued to sit on competition juries well into her eighties and was particularly associated with Cardiff Singer of the World, with which she was closely involved from 1993 to 2009. She made many studio recordings, mostly for the Decca/London label, and was hailed as 'La Stupenda' and the 'Voice Of The Century'. She died at her home in Switzerland on 10th October 2010.

Find out more at https://en.wikipedia.org/wiki/Joan_Sutherland