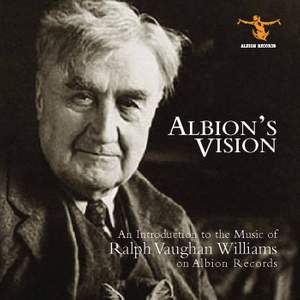 The Unquiet Grave, "How cold the wind doth blow"

7 Songs from The Pilgrim's Progress: No. 1. Watchful's Song

8 Traditional English Carols: No. 6. The truth sent from above (version for voice and piano)

An Albion Records sampler album, featuring single tracks from Albion recordings issued up to and including ALBCD021/022 Vaughan Williams: Bursts of Acclamation.

Since its formation in 1994, The Ralph Vaughan Williams Society – a registered charity – has sought to raise the profile of the composer through publications, seminars and sponsorship of recordings.