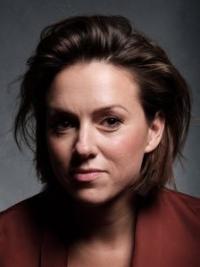 Mary Bevan was born in Somerset into a large musical family (her slightly elder sister Sophie is also an internationally-acclaimed soprano), and read Anglo-Saxon, Celtic and Norse at Trinity College Cambridge before taking up a place at the Royal Academy of Music. Shortly after graduation she became a Harewood Young Artist at English National Opera, where her roles included Susanna in The Marriage of Figaro, Yum-Yum in The Mikado, Papagena in The Magic Flute and Rebecca in Nico Muhly’s Two Boys. Engagements elsewhere include the title-role in Mark Antony Turnage’s Coraline at Covent Garden, Merab in Barrie Kosky’s landmark staging of Handel’s Saul at the Adelaide Festival, and Dalinda in Handel’s Ariodante with The English Concert.

Bevan’s discography includes Mendelssohn’s Lobgesang with Edward Gardner and the CBSO on Chandos, Handel’s The Triumph of Time and Truth with Ludus Baroque on Delphian (both opposite her sister Sophie), and Arthur Sullivan songs with David Owen Norris on Chandos (‘Bevan is in glorious voice throughout’ - Gramophone).

In 2015 she was named Young Artist of the Year at the Royal Philharmonic Society Awards, and she also won the UK Critics’ Circle Award for Exceptional Young Talent in 2014; Voyages, her debut solo album on Signum, was shortlisted for a Gramophone Award in 2018.