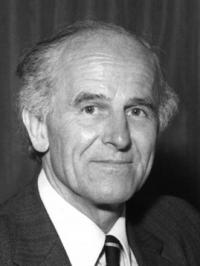 Born in Cornwall, Willcocks's musical talent was clear from an early age - a choristership at Westminster Abbey led to music scholarships and the prestigious organ scholarship at King's. While studying there, Willcocks, like so many of his generation, found his studies interrupted by the Second World War, in which he served with distinction - seeing action in the ill-fated Operation Market Garden in the Netherlands, and winning the Military Cross.

Following the end of the war he returned to King's, being elected a Fellow in 1947; ten years later, after distinguished spells at Salisbury and Worcester Cathedrals, he was appointed to the post for which he is most widely known - that of Director of Music. Through this position, and especially through the annual televised broadcast of Carols from King's, his arrangements, descants and last-verse harmonisations of the most beloved Christmas carols became staples of the choral repertoire - which they remain to this day. It is no exaggeration to say that for those of us active in church and cathedral music-making, David Willcocks' name is practically synonymous with Christmas. His evergreen arrangements are time-honoured favourites, many of them finding their way into the OUP's popular Carols for Choirs series.

After this highly successful tenure at King's, during which he brought Benjamin Britten's then recently-composed War Requiem to audiences all over the world and made a considerable number of recordings, he became Director of the Royal College of Music in 1974, remaining in the post for ten years. More recently the Really Big Chorus, the largest choral society in the UK, enjoyed his musical expertise as conductor - between 1979 and 2010, rounded off with a celebration that year of his musical career.

Find out more at https://en.wikipedia.org/wiki/David_Willcocks

David enjoys a retrospective recording from the choir of King's College, looking back on a century of festive music-making and forward to a new era.

David remembers the conductor, organist and composer David Willcocks, who has died at the age of 95.