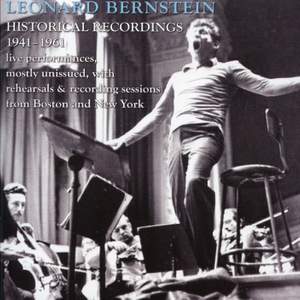 Excitement? Charisma? Sweat? Here in plenty. But there is also meticulous musicianship, particularly on view in some of the set’s most precious documents...Speeds hurtle; the heart races; the... — The Times, 12th April 2013, More…

Diamond: Prelude and Fugue No. 3 in C sharp major

Prelude and Fugue No. 3 in C sharp major

Prelude and Fugue No. 3 in C sharp major

Copland: Preamble (For a Solemn Occasion)

Shostakovich: United Nations on the March (arr. by J. Langendoen)

Part I: Adoration of the Earth: Introduction

Part I: Adoration of the Earth: The Augurs of Spring - Dances of the Young Girls

Part I: Adoration of the Earth: Ritual of Abduction

Part I: Adoration of the Earth: Spring Rounds

Part I: Adoration of the Earth: Ritual of the River Tribes

Part I: Adoration of the Earth: Procession of the Sage

Part I: Adoration of the Earth: The Sage

Part II: The Sacrifice: Mystic Circles of the Young Girls

Part II: The Sacrifice: Glorification of the Chosen One

Part II: The Sacrifice: Evocation of the Ancestors

Part II: The Sacrifice: Ritual Action of the Ancestors

The Ballad of Mack the Knife

They are quite correct

The wedding in the stable

The World Is Mean

Polly rushes to the honeymoon stable

The scene is now the establishment on Greene Street

Ballad of the Easy Life

The capture of Mack the Knife

It is just before dawn

Mac has been recaptured

Call From the Grave

But it is no use

O brothers who live on

And Macheath walks slowly up to the gallows

As his first act in office

I. Free to Dream

Ruckert-Lieder (version for voice and orchestra)

Ruckert-Lieder: No. 6. Um Mitternacht (version for voice and orchestra)

When it was announced that Leonard Bernstein was the become the new conductor of the New York Philharmonic in November 1957, Claudia Cassidy in the Chicago Daily Tribune wrote that it was “no great surprise” but injected a note of caution: “wish him luck, because no one needs it more than the musical director of a symphony orchestra.”

It turned out to be an inspired appointment. This set demonstrates what it was in about his music making and his personality that led the New York Philharmonic’s directors to choose him. It includes extensive recorded documentation of Bernstein’s career up to the time of his nomination in New York, mostly in live performances and rehearsal segments, working on music ranging from Mozart to Messiaen.

Bernstein’s work after his appointment to the NYP is represented in this set by performances of American music given as part of his “Survey of American Music” in the 1958–9 season (Fine, Harris and Piston), along with Copland in 1957 and Diamond in 1961; the 1959 recording sessions for two of his favourite twentieth-century classics (Shostakovich’s Fifth Symphony and Copland’s Billy the Kid) which show conductor and orchestra at their most efficient and effective; and hitherto unpublished live performances of music by Bartók, Beethoven, Chávez, and Mahler.

Excitement? Charisma? Sweat? Here in plenty. But there is also meticulous musicianship, particularly on view in some of the set’s most precious documents...Speeds hurtle; the heart races; the spine tingles...you’re holding history in your hand.