Olivier Eugène Prosper Charles Messiaen was a French composer, organist, and ornithologist, one of the major composers of the 20th century. His music is rhythmically complex; harmonically and melodically he employs a system he called modes of limited transposition, which he abstracted from the systems of material generated by his early compositions and improvisations. He wrote music for chamber ensembles and orchestra, vocal music, as well as for solo organ and piano, and also experimented with the use of novel electronic instruments developed in Europe during his lifetime.

Messiaen perceived colours when he heard certain musical chords (a phenomenon known as synaesthesia); according to him, combinations of these colours were important in his compositional process. He travelled widely and wrote works inspired by diverse influences, including Japanese music, the landscape of Bryce Canyon in Utah, and the life of St. 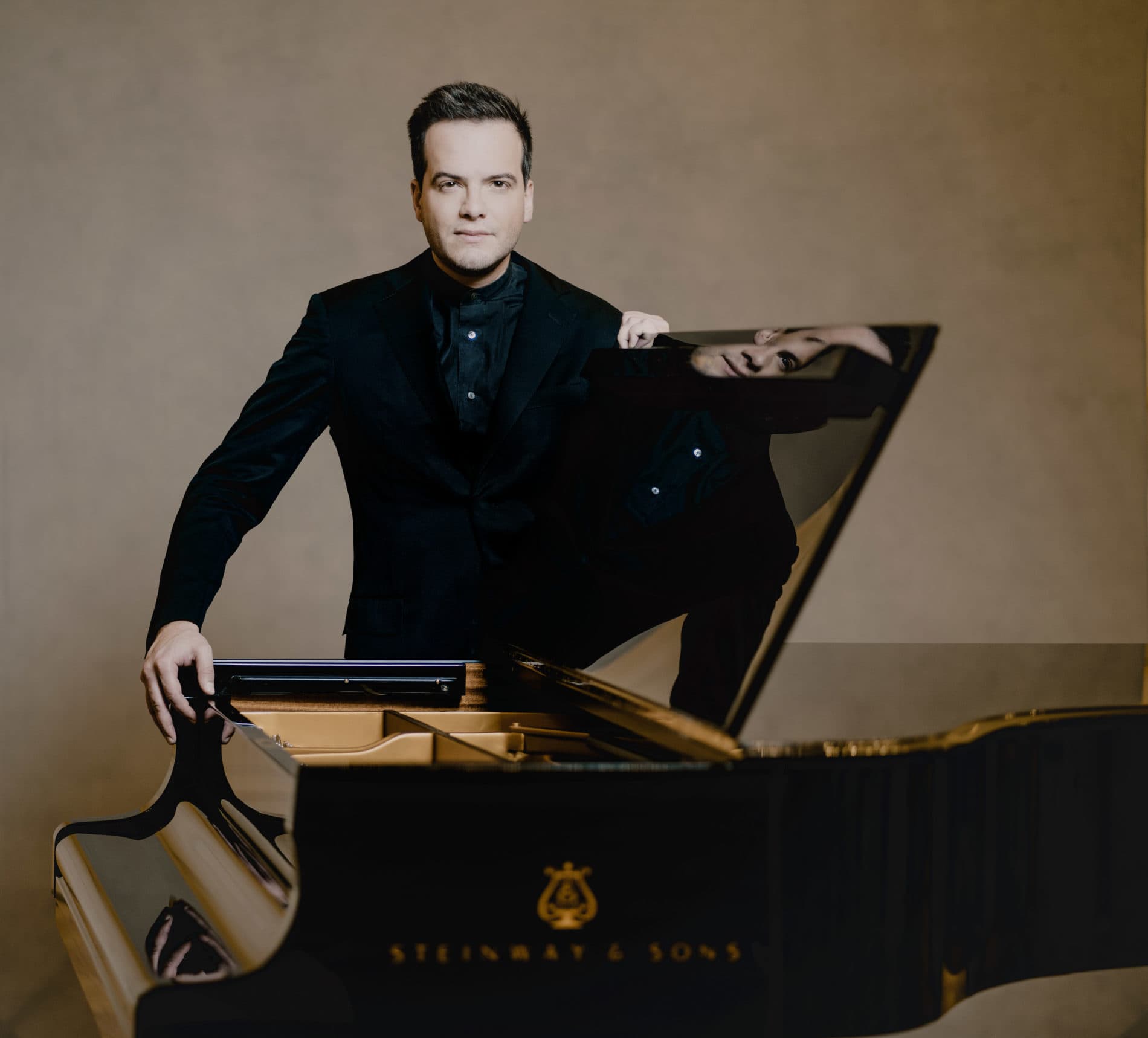 Recording of the Week,  Francesco Piemontesi performs works for piano and orchestra by Ravel, Messiaen, and Schoenberg

The Swiss pianist is joined by the Orchestre de la Suisse Romande and conductor Jonathan Nott for a dazzlingly characterful trio of performances.

The French pianist talks to Katherine about his relationship with Catalogue d'oiseaux, which he recently recorded for Pentatone.

Browse all further reading about Messiaen