Interview,  Stile Antico - Music for the House of Hapsburg

The English vocal consort Stile Antico are indisputably one of the leading lights in early music performance - their previous disc, The Phoenix Rising, comprised a selection of long-neglected Tudor works whose publication in association with the Carnegie Trust's Tudor Church Music series brought them back into the musical consciousness, performed sensitively and with a real sense of authenticity.

For their latest release, they have turned to the court of the mighty Hapsburg dynasty, which dominated large swathes of Europe for centuries. It's a collection of surprisingly worldly sacred music, much of it specifically aimed at honouring wealthy royal patrons.

I caught up with one of Stile's founder-members, soprano Kate Ashby, to explore the thinking behind this album and their choices of repertoire.

Many of the pieces on this album are what might, a little clumsily, be dubbed “secular-sacred” – ostensibly religious works commissioned by the temporal rulers of the time to enhance their own reputation. Did you deliberately focus on this fascinating and rather niche style of composition, or did you start from the Hapsburg theme and work from there?

>We started with the idea of pulling together a representative sample from the wealth of music composed for the three great Hapsburg rulers during the Renaissance period: Maximillian I, Charles V and Phillip II. They were among the most powerful rulers of their day and one of the ways they demonstrated that power was by collecting around them the foremost musicians of the time. Almost all of the pieces on the disc are nominally sacred, but a large proportion have texts written for the ruler, rather than taken from the Bible. Many of the motets, Clemens non Papa’s Carole magnus eras for example, seem more about praising the monarch than God!

The phenomenon of shoehorning specific monarchs and rulers into music in this way seems to be mostly limited to the 16th and 17th centuries – examples from England referring by name to Edward VI and Elizabeth I exist. Why do you think it was so common at this time, and appears to be relatively rare subsequently?

>Even within this disc you can see that the trend of naming rulers in motets intended for the church tails off in the later works. The earliest piece on the disc – Isaac’s epic motet Virgo prudentissima, composed in 1507 – sets a sprawling text which not only name-checks the emperor Maximillian I, but even finds space to mention the director of chapel music by name! Not a surprise perhaps, when you consider who was paying the composer’s wages… The latest piece, by contrast – Alonso Lobo’s Versa est in luctum, written for Philip II’s funeral in 1598 – uses a psalm text and makes no mention of Phillip II at all. This change in fashion was a direct result of the Reformation and the resulting counter-reforms introduced into the Catholic Church by the Council of Trent. Both Protestants and Catholics by the end of the sixteenth century stressed the importance of sound biblical provenance for musical texts.

Given that the Hapsburg dynasty existed until at least 1780 (depending where one draws the line), and continued to be a significant cultural and political influence in Europe over this whole period – not least on Haydn – why did you choose only to focus on one fairly specific part of its long history?

>The musical legacy of the Hapsburgs continued well past the end of the sixteenth century, but we chose to limit ourselves to the Renaissance repertoire, as that is what we have specialised in as a group. And there was plenty of good music to choose from!

The composers on this disc come from a number of different traditions – Flemish, Spanish, English and more. Do you think there’s enough artistic cross-pollination between the various seats of Hapsburg power to point to common ‘Hapsburg’ traits among the various court composers featured on the album?

>The far-ranging patronage of the Hapsburgs allowed a dialogue between composers of different nations. You can hear the influence of the Flemish style of Gombert, with its close points of imitation and crunching ‘false relations’ in Thomas Tallis’ Loquebantur variis linguis, thought to have been composed for the joint choirs of the Spanish Capilla Flamenca and the English Chapel Royal. The Capilla Flamenca, who flourished under Charles V, nurtured the talents of Flemish musicians. But it is clear from the wonderful works of Cristobal de Morales and others that the talents of the singers and composers from the Low Countries quickly rubbed off on the local Spanish. So there was certainly a great amount of cross-pollination among composers of different nationalities.

Presumably the list of compositions with a connection to the Hapsburg court is a long one and the works on this album can only be a representative sample – were there any other pieces that you wanted to include but had to discard?

>There was no shortage of excellent works to choose from. We wanted to choose as wide a variety of pieces as possible within the timeframe we had selected, but there were plenty of wonderful pieces we had to leave out. Perhaps there will be a “From the Imperial Court - Volume 2” at some point! 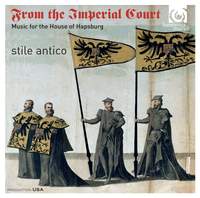 From the Imperial Court

From the Imperial Court is out on 15 September on Harmonia Mundi.

Other discs from Stile Antico 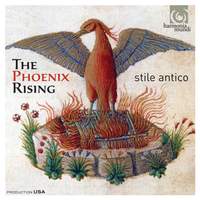 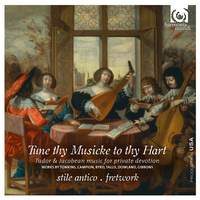 Tune thy Musicke to Thy Hart 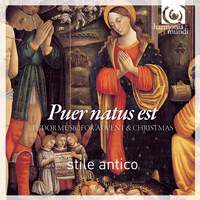 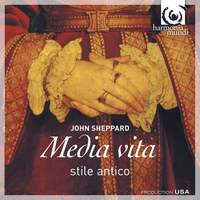 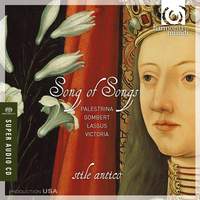 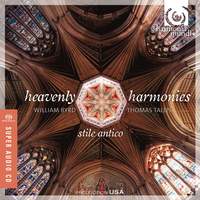