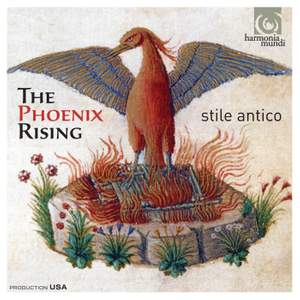 The Carnegie Trust & the revival of Tudor Church Music

The expertise of the Stile Antico group in this repertory is not in doubt and, as always, these singers give us splendid performances. Gibbon's O Clap Your Hand, for example, has a sure-footed... — BBC Music Magazine, October 2013, 4 out of 5 stars More…

Recording of the Week,  Tudor Church Music from Stile Antico

Amongst the many endeavours funded by the Carnegie Trust (marking its centenary in 2013) was the publication and editing of 'Tudor Church Music' in ten large folio volumes of music, with 50 performing pieces published individually. This had a considerable impact on the revival of this important music: for the first time a significant body of the greatest Tudor compositions became accessible to scholars, performers and listeners having languished in cathedrals, museums and colleges. It also inspired a further generation of English composers after its resurrection including Howells, Britten and Vaughan Williams.

Stile Antico presents a varied selection of the finest pieces from TCM in a programme centred around William Byrd’s masterful five-part mass.

Stile Antico is an elite ensemble of young British singers, working without a conductor, each contributing artistically to the musical result. They are now established as the crack ensemble to beat, having enjoyed huge success, via their SACD recordings for harmonia mundi USA. Awards include the 2009 Gramophone Award for Early Music [Song of Songs] which also reached the top of the US Classical Chart. Their performances have repeatedly been praised for their vitality, commitment and imaginative response to text.

Highlights of Stile Antico's 2012-13 season include a series of concerts as co-curators of the Wigmore Hall's William Byrd: Sacred Music festival, and this new recording celebrating the centenary of the Carnegie UK Trust, publisher of the pioneering Tudor Church Music edition.

The expertise of the Stile Antico group in this repertory is not in doubt and, as always, these singers give us splendid performances. Gibbon's O Clap Your Hand, for example, has a sure-footed exuberance...the overall effect is extremely professional and pleasing.

There's a forthright quality to the voices of Stile Antico, and especially its sopranos, that suits this English repertoire, balancing beauty with an intensity that reminds us that this is the music of protest and oppression as well as faith.

Its collective (conductorless) approach pays particular dividends in this repertoire where the music depends on an instinctive reaction from the individual singers...Stile Antico presents it with a glorious and compelling freshness...we have a release which in its own way is quite as wonderful as the original Carnegie-funded editions.

such is the assurance, unanimity, flow and architectural grasp of their performances that one would never know they are not under the guiding hand of a conductor. Clearly this is all the result of scrupulous preparation...The singing itself is well-nigh flawless and the sound this group makes is a constant source of pleasure.

The performances are of the exceptionally polished standard that has earned Stile Antico’s choice of repertoire here is well balanced between established favourites and lesser-known “phoenix” works that are rarely if ever recorded. The group such a high reputation around the world; it’s a real box of treasures!

Stile Antico honour the endeavour with their customary clean lines, pure tone and precise articulation. If all that sounds a bit efficient, I'm struggling to say only that it is music making at the highest level.

exemplary tuning and discipline. The more elaborate and spacious the music, the warmer the interpretation...only Byrd’s Ave Verum sounds a bit bloodless.

That the performances on this disc are given with the customary Stile Antico level of excellence goes without saying; what pleases most is the commitment and passion with which the ensemble sings [these] works... reminding us of the striking beauty of this repertoire.