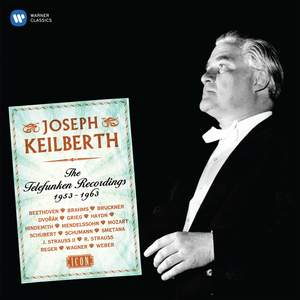 IV. In the Hall of the Mountain King

I. The Abduction of the Bride - Ingrid's Lament

4 Symphonic Interludes from "Intermezzo", Op. 72, TrV 246a: I. Reisefieber Zwischenspiele

Reger: Variations and Fugue on a Theme by Hiller, Op. 100

20th July 2018 marks the 50th anniversary of the death of the German conductor Joseph Keilberth. His name is perhaps not so widely remembered as some of his contemporaries, but he was an important figure in the musical life of Germany in the mid-20th century and has sometimes been described as the true successor to Wilhelm Furtwängler.