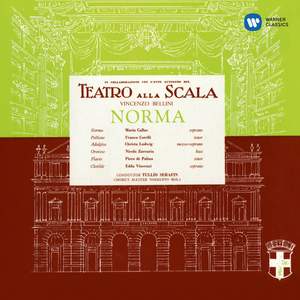 Katherine selects some favourite recordings of works by the bel canto composer.

Callas first sang Bellini’s Norma in 1948, when she was just 25. She went on to perform the role of the heroic, but vulnerable Druid priestess – the ultimate embodiment of bel canto – more frequently than any other. In this second studio recording her conductor was again Tullio Serafin (he originally tutored her in the role in 1948), and the venue was again La Scala – where the opera was premiered in 1831. By 1960, Callas brought a wealth of new nuance to her interpretation, and she is aptly partnered by the creamy-voiced Christa Ludwig (in a rare recording of an Italian role) and the towering Franco Corelli.