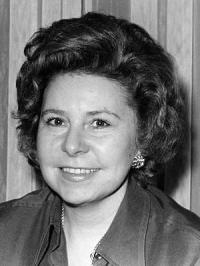 Christa Ludwig ( 1928-2021) was a German mezzo-soprano, distinguished for her performances of opera and Lieder. Her career spanned from the late 1940s until the early 1990s.

In addition to her opera performances, Ludwig regularly gave recitals of Lieder and as a soloist with orchestras. Her performances of Schubert, Schumann, Brahms, Wolf, Mahler and Strauss are much admired. She also sang Bach and performed and recorded most of his major vocal works.

One of the most moving and versatile singers of the twentieth century, the great German mezzo-soprano has died aged 93.