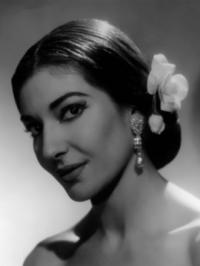 Maria Callas (December 2, 1923 – September 16, 1977) was an American-born Greek soprano and perhaps the best-known opera singer of the post-World War II period. She combined an impeccable bel canto technique with great dramatic gifts, making her the most famous singing actress of the era. An extremely versatile singer, her repertoire ranged from classical opera seria, such as Spontini's La Vestale, and the belcanto operas of Donizetti and Bellini, to late Verdi and the verismo operas of Puccini.