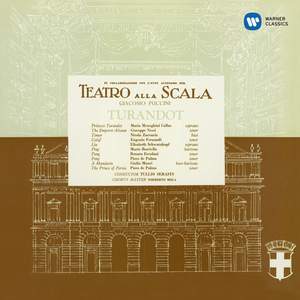 Callas sang the role of Turandot 24 times on stage, in the late 1940s. It was the role originally planned for her US debut, but the opera company went bankrupt and the performances (scheduled for Chicago in 1947) never took place. She brings unusual subtlety to Puccini’s icy princess, while Elisabeth Schwarzkopf – more readily identified with Fiordiligi and the Marschallin – is surprise casting as the self-sacrificing Liù.