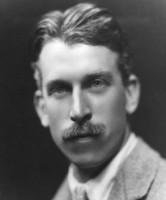 Bliss's musical training was cut short by the First World War, in which he served with distinction in the army. In the post-war years he quickly became known as an unconventional and modernist composer, but within the decade he began to display a more traditional and romantic side in his music. In the 1920s and 1930s he composed extensively not only for the concert hall, but also for films and ballet.

In the Second World War, Bliss returned to England from the US to work for the BBC and became its director of music.

Sinfonia of London and conductor John Wilson present their latest stunning album of music for string orchestra by Britten, Bridge, Berkeley, and Bliss.

Browse all further reading about Bliss