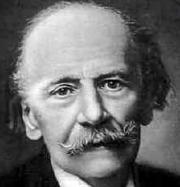 Jules Émile Frédéric Massenet was a French composer of the Romantic era best known for his operas, of which he wrote more than thirty. The two most frequently staged are Manon (1884) and Werther (1892). He also composed oratorios, ballets, orchestral works, incidental music, piano pieces, songs and other music.

While still a schoolboy, Massenet was admitted to France's principal music college, the Paris Conservatoire. There he studied under Ambroise Thomas, whom he greatly admired.

Browse all further reading about Massenet