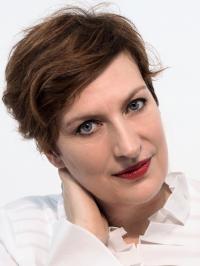 Sarah Connolly was born in County Durham and studied voice and piano at the Royal College of Music. On graduation, she spent five years as a member of the BBC Singers before making her opera debut as Annina (Der Rosenkavalier) in 1994. Her first major breakthrough was as Xerxes in Nicholas Hytner's 1998 production for English National Opera, marking the beginning of a long-standing association with both Handel and the ENO (other triumphs for the company have included Agrippina, Lucretia, Berlioz's Dido and Octavian). Her profile was further raised by her masterly interpretation of the title-role in David McVicar's widely-acclaimed Giulio Cesare at Glyndebourne in 2005 (available on Opus Arte), and in 2008 she made her Covent Garden debut as Purcell's Dido. In addition to her many baroque roles, Connolly's repertoire encompasses Bellini's Romeo (for Opera North), Brangane (for Glyndebourne) and Strauss's Composer (for the Metropolitan Opera). In 2009, she was the soloist at the Last Night of the Proms, singing Rule Britannia dressed in a replica of Nelson's naval uniform (a nod to her reputation in travesty roles), and in 2010 she was made a CBE in the New Year Honours List.

Interview,  Dame Sarah Connolly on A Walk with Ivor Gurney

The great English mezzo talks to David about her new album exploring the music and poetry of the wartime composer Ivor Gurney, with Tenebrae and the Aurora Orchestra.