As regular readers may well be aware, the British record-label Chandos are celebrating their fortieth birthday this year and as the past few months will testify they’ve certainly been doing so in style, with stand-out recent releases including Korngold and Coates from John Wilson and a splendid new recording of Ethel Smyth’s Mass in D; today brings another jewel in the anniversary crown in the form of a triptych of relatively late works by Arthur Bliss, courtesy of the BBC Symphony Orchestra and Chorus and Sir Andrew Davis (who conducted outstanding accounts of the composer’s Morning Heroes and The Beatitudes in 2015 and 2018 respectively). 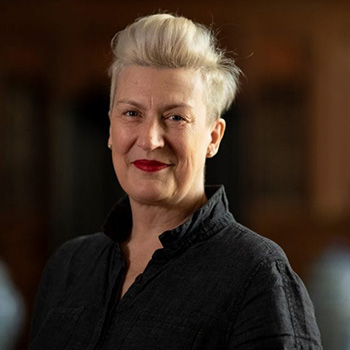 The album opens with a hair-raising performance of the dramatic scena The Enchantress, composed for Kathleen Ferrier in 1951 and setting a text adapted from the Second Idyll of Theocritus by the playwright Henry Reed; part Medea, part Circe, the eponymous sorceress Simaetha seems as if she would have been a rather unlikely fit for the radiant English contralto (indeed Bliss himself remarked in his autobiography that ‘her goodness made it impossible for me to imagine her using black magic with evil intent’), but Dame Sarah Connolly brings her to life with the combination of blazing sensuality and vengeful vehemence that have won her such acclaim as Charpentier’s Medea, Handel’s Agrippina and Britten’s Phaedra. (I found myself wondering whether Britten was at all influenced by the work when he came to compose Phaedra for Janet Baker twenty-five years later…).

The relatively low tessitura holds no terrors for her, and her diction is so crystal-clear throughout that I didn’t so much as glance at the booklet text for the entire seventeen-minute span of the piece. The orchestral writing has such a bold cinematic quality that listening to the opening bars ‘blind’ one could be forgiven for thinking that this was another of Chandos’s film-music collections – Bliss composed numerous soundtracks in the 40s and early 50s (including an ill-fated score for the Vivien Leigh vehicle and box-office turkey Caesar and Cleopatra in 1945, which was rejected in favour of music by Georges Auric), and he has a whale of a time here invoking the dark side of the ancient world with inventive use of muted brass and woodwinds at the extremes of their registers. 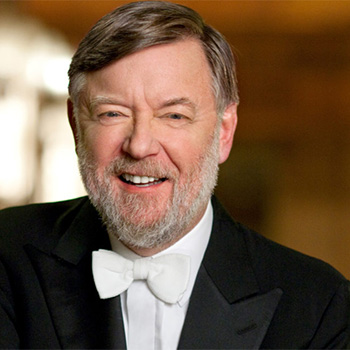 The middle work on the album is perhaps the best-known of the three, and also one of Bliss’s personal favourites among his output, the Meditations on a Theme by John Blow - a purely orchestral setting of the Twenty-Third Psalm, it was written for the City of Birmingham Symphony Orchestra in 1955 and is almost symphonic in scale, the composer responding to the image-rich text with the same vivid imagination that animates The Enchantress. The BBC Symphony’s scampering strings and high woodwinds radiate bucolic charm in the scherzo-like depiction of gambolling lambs of Meditation III, but it’s not all sweetness and light – Bliss rarely allows us to forget the serpent in the garden, and there’s some blood-curdling work from the low brass and contra as they conjure the ‘shadow of death’ in all its Blakean horror.

But it’s the final piece here that was the real revelation for me – the 1963 cantata Mary of Magdala, scored for contralto, bass, choir and orchestra and depicting Mary’s encounter with the newly-risen Christ with an immediacy and tenderness that never tips over into sentimentality. Connolly takes centre-stage again, conveying the “fallen woman”’s raw abjection as well as her loyalty and eventual incredulous joy: just before the pivotal Strange Meeting, Bliss and his librettist Christopher Hassall have Mary experience a stark flashback to her first meeting with Christ and her ensuing humiliation by the bystanders who branded her a ‘shameless harlot’ (the BBC Symphony Chorus on superbly vicious form here), so that the first time we hear Christ’s voice (James Platt, singing with rock-steady authority) is as she mentally replays his intervention on her behalf. It’s a quiet masterstroke, and throws the transcendent episode which follows into a profoundly human light. 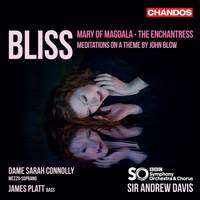 Bliss: Mary of Magdala, The Enchantress & Meditations of a Theme by John Blow 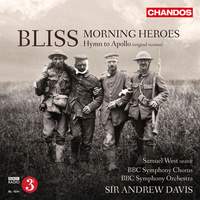 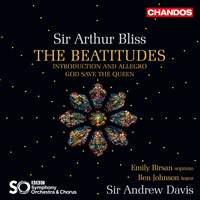