Highlights for late spring and early summer include the Brahms Piano Concertos from Sir András Schiff and the Orchestra of the Age of Enlightenment, Cecilia Bartoli leading a starrily-cast Ariodante from the Salzburg Whitsun Festival, the complete Beethoven piano concertos from Krystian Zimerman, Sir Simon Rattle and the London Symphony Orchestra, and world premiere recordings of songs by Samuel Coleridge-Taylor from Elizabeth Llewellyn and Simon Lepper on Orchid Classics. 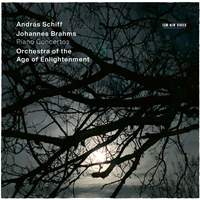 Schiff recorded Brahms’s Piano Concerto No. 1 with the Wiener Philharmoniker and Sir Georg Solti back in the late 80s, but for these new accounts he approaches the pieces as large-scale chamber-music, directing from a Julius Blüthner grand piano which was built around the same time as the First Concerto was premiered; reviewing a performance with the same forces and instrument in London in March 2019, The Guardian declared that ‘the concerto emerged as a piece reborn’. 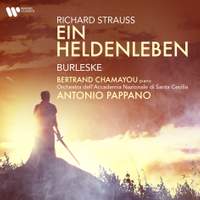 This live recording of Ein Heldenleben (with the Santa Cecilia Orchestra’s concert-master Roberto Gonzales-Monjas taking on the taxing solo violin role) is coupled with another early work, the Burlesk from 1885/6; Rob Cowan recently described Chamayou as ‘more fleet-fingered than virtually any of his rivals’ on the recording, and observed that the orchestra ‘leap to the challenge of responding to him with boundless enthusiasm’. 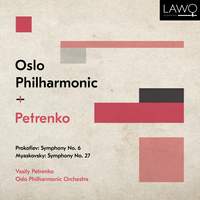 Following their ‘powerful and revelatory’ (BBC Music Magazine) account of Prokofiev’s Fifth coupled with Myaskovsky’s Symphony No. 21 last year, Petrenko and his Norwegian orchestra present another pairing of works by the two contemporaries: Prokofiev’s Symphony No. 6 (composed largely in the aftermath of World War Two), and Myaskovsky’s final symphony from 1949. 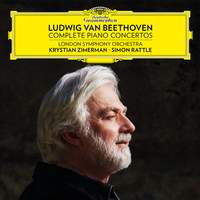 Made under socially-distanced conditions at Jerwood Hall last summer, this is Zimerman’s second recording of the complete Beethoven concertos – in 1989 he began recording a cycle with Leonard Bernstein, directing the first two concertos from the keyboard after the conductor’s death the following year. Zimerman mused last year that ‘I had not played these pieces for a few years and I miss them. Some concertos you can play all your life and still feel hungry for them. To these concertos, Beethoven belongs.’ 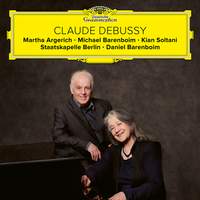 Barenboim is joined by his son Michael and his regular recital-partner Kian Soltani (both alumni of the West-Eastern Divan Orchestra) for the Violin and Cello Sonatas, and conducts the Staatskapelle Berlin in La mer. Martha Argerich is the soloist in the Fantaisie for piano and orchestra, written in 1889/90 but only premiered after the composer’s death; reviewing a live performance from these artists in Berlin in 2018, BachTrack observed that ‘this was a new piece for Argerich and it suits her temperament – virtuoso scales, rolling out a tapestry of shimmering sound’. 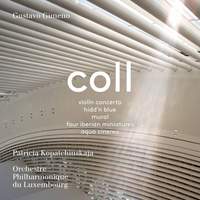 The mainstay of this collection of works by the Spanish composer (b.1985) is the Violin Concerto written for Patricia Kopatchinskaja in 2019; Coll’s double concerto Les Plaisirs Illuminés was also composed for Kopatchinskaja and Sol Gabetta, and was released on Alpha earlier this year. The programme also includes Aqua Cinerea, Hidd’n Blue, Mural for large orchestra, and the Four Iberian Miniatures (the premiere of which was conducted by Coll’s mentor Thomas Adès at the BBC Proms in 2016). 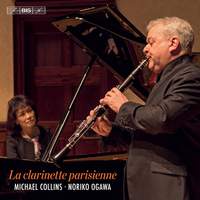 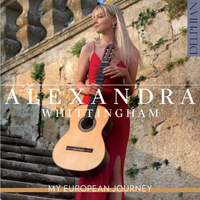 The young British guitarist makes her debut on Delphian with a programme of nineteenth-century pieces including Tárrega’s Capricho árabe and Recuerdos de la Alhambra, Legnani’s Fantasia brillante e facile, Ernest Shand’s Légende and The Gnomes, and music by Napoléon Coste, Giulio Regondi, and Catharina Josepha Pratten. Her future projects with the label will include an album of works by female composers, and a recital of South American music. 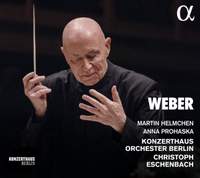 The Konzerthaus Orchester celebrate the 200th anniversary of their Berlin home, the Königliches Schauspielhaus (subsequently rebuilt and re-opened as the Konzerthaus in the 1980s), and of two works which were premiered there in its inaugural season: the Konzertstück in F minor for piano and orchestra, and Der Freischütz, represented here by the Overture and Aennchen’s arias ‘Einst träumte meiner sel‘gen Base’ and ‘Kommt ein schlanker Bursch gegangen’. The programme is bookended by the Beherrscher der Geister and Oberon overtures. 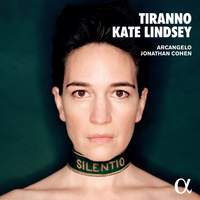 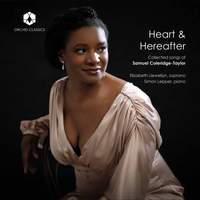 The lyric soprano’s debut solo recording celebrates the legacy of Anglo-African composer Samuel Coleridge-Taylor (1875-1912), perhaps best-known for his cantata Hiawatha’s Wedding Feast but also a prolific song-writer; the programme includes the world premiere recordings of his African Romances (on texts by Paul Laurence Dunbar), ‘A king there lived in Thule’, ‘Canoe Song’ and ‘You’ll Love Me Yet’. 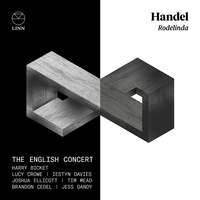 The English Concert kick off their projected series of Handel operas in fine style with the starrily-cast Rodelinda: Davies and Crowe have impressive form as the central couple, with BBC Music Magazine observing that the countertenor ‘stole the show with aria after aria of heavenly purity and ardour’ at English National Opera in 2014, and BachTrack describing the soprano’s singing as ‘firmly centred, agile and sparking with temperament’ when she sang the title-role at Dutch National Opera last year. 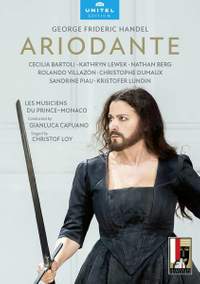 This all-star Ariodante was the highlight of the 2017 Salzburg Whitsun Festival, with the Chicago Tribune declaring that ‘a winning cast and Loy's inventive staging made this 282-year-old opera feel fresh and modern’, and Der Standard pronouncing that ‘Cecilia Bartoli is a league of her own!’ in her gender-fluid portrayal of the title-character. 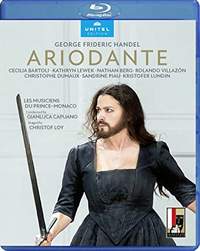 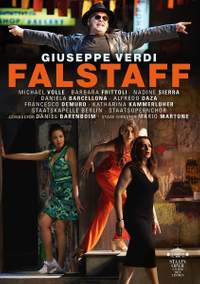 German baritone Michael Volle takes on a rare comic role with his debut as the ‘fat knight’ in this contemporary staging from Berlin, filmed at the newly-reopened Unter den Linden in spring 2018, with BachTrack observing that ‘his comic timing [is] often excellent and his charisma gets him a long way’; the Financial Times praised Alfredo Daza’s ‘resonant baritone and biting bourgeois affectations’ as the jealousy-wracked Ford, and Barbara Frittoli’s ‘luscious, floating tones’ as his wife Alice. 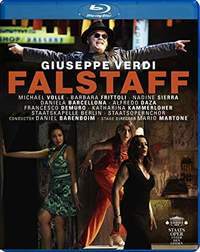