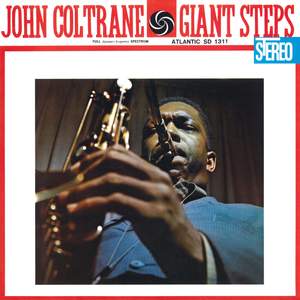 John Coltrane is one of the most renowned jazz artists and influential saxophonists in music history. Within the span of less than three weeks, John Coltrane completed his work with Miles Davis on what would become the bestselling jazz title in history (Kind of Blue) and embarked on his first record with Atlantic that would become the landmark recording Giant Steps. 2020 marks the 60th anniversary of Giant Steps. Giant Steps was selected by the Library of Congress in 2004 to be added to the National Recording Registry. Giant Steps attained U.S. gold record status in 2018, with over 500,000 units sold

A remastered, deluxe 180g 2-LP and 2-CD, each with the original album plus a bonus disc of alternate takes and versions – including rehearsal and incomplete tracks, as well as false starts – only previously included in The Heavyweight Champion: The Complete Atlantic Recordings of John Coltrane boxed set