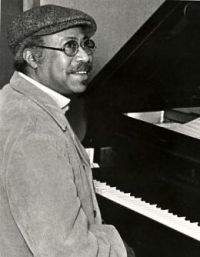 Thomas Lee Flanagan was an American jazz pianist and composer. He grew up in Detroit, initially influenced by such pianists as Art Tatum, Teddy Wilson, and Nat King Cole, and then by the newer bebop musicians. Within months of moving to New York in 1956, he had recorded with Miles Davis and on Sonny Rollins' landmark Saxophone Colossus. Recordings under various leaders, including the historically important Giant Steps of John Coltrane, and The Incredible Jazz Guitar of Wes Montgomery, continued well into 1962, when he became vocalist Ella Fitzgerald's full-time accompanist. He worked with Fitzgerald for three years until 1965, and then in 1968 returned to be her pianist and musical director, this time for a decade.