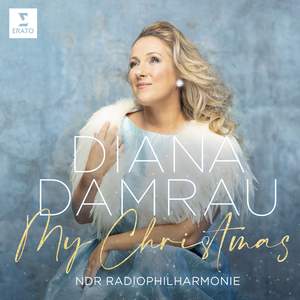 Damrau’s two-disc My Christmas ticks some of the same boxes as the legendary Elisabeth Schwarzkopf’s Christmas Album, though Damrau seems more naturally at home in the seasonal idiom...Opinions... — BBC Music Magazine, Christmas 2022, 4 out of 5 stars More… 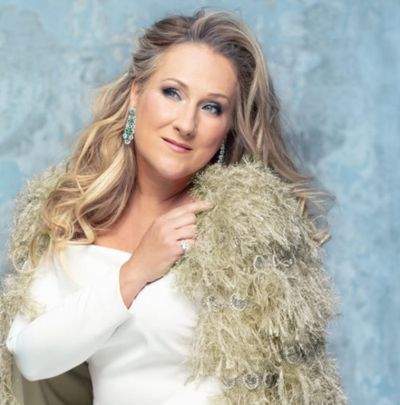 Recording of the Week,  Christmas with Diana Damrau

The German coloratura soprano's festive album is definitely a cracker rather than a turkey, with a first half of traditional German songs and carol medleys followed by a disc of seasonally-appropriate Baroque and Classical arias.

A collection of sacred music and Christmas songs recorded with the Hanover orchestra under conductors Riccardo Minasi and Richard Whilds.

Damrau’s two-disc My Christmas ticks some of the same boxes as the legendary Elisabeth Schwarzkopf’s Christmas Album, though Damrau seems more naturally at home in the seasonal idiom...Opinions will vary over Damrau’s quite pronounced vibrato, but there’s no doubting the sincerity of her endearingly communicative singing.

The second disc (consisting mainly of Baroque sacred arias) is frankly worth the price of the album on its own, and likely to bring a great deal of pleasure all the year round – this repertoire is new territory for Damrau on disc, and it's a match made in heaven. And barring a touch too much glockenspiel and one or two slightly naff modulations, there’s much to enjoy about Richard Whilds’s full-fat orchestrations of the carol sequences.

Christmas albums from leading classical singers are hardly novel, but they rarely come with the twinkling embrace and heart-warming kiss of Diana Damrau’s My Christmas