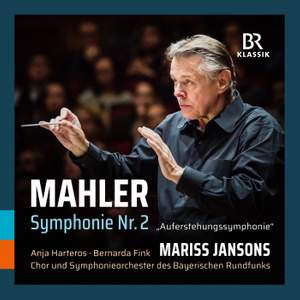 Gustav Mahler wanted his Second Symphony to exceed any known format - and he also wanted it to tackle the key questions of existence: 'Why have you lived? Why have you suffered? Is everything just one enormous, terrible joke? We have to solve these questions in some way if we want to carry on living,' said the composer. Similar questions preoccupied him throughout his life, and with a special intensity during his time as an opera conductor in Hamburg. The Second Symphony, also referred to as the 'Resurrection Symphony', is a complete expression of Mahler's existential struggle; both its form and its overpowering sound make this utterly clear. The premiere of the complete symphony took place on December 13, 1895 in Berlin under Mahler's direction; previously (on March 4 of that year) he had already performed the first three movements. The premiere of the Second Symphony thus took place after that of the Third. The reactions were initially subdued, but today the work ranks as one of the most popular of Mahler's symphonies. Recorded at concerts in Munich in May 2011.

This is a vividly miked Mahler Second, immaculately stage-managed and meticulously filled with local colour, also one that doesn’t come close to painting the symphony’s bigger picture…Grotesque isn’t a word in Jansons’s expressive vocabulary…Harteros is both glorious and gloriously secure at the long-awaited or at least intended point of spiritual uplift.