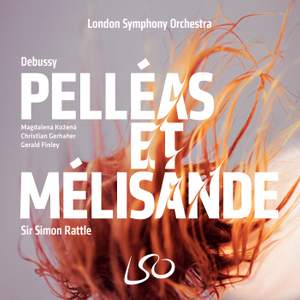 Kožená’s Melisande has a firm streak of red-blooded coquettish defiance that is effective, even if it belies the character’s customary blanched fragility. Christian Gerhaher’s Pélleas is similarly... — BBC Music Magazine, Christmas 2017, More… 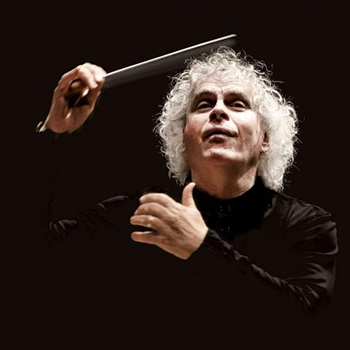 Katherine enjoys a live account of Debussy's Pélleas et Mélisande from Simon Rattle and the London Symphony Orchestra, with Magdalena Kožená and Christian Gerhaher in the title roles.

Sir Simon Rattle leads an all-star cast in this highly-anticipated new recording of Debussy s evocative opera Pelléas et Mélisande. It was captured in January 2016 during performances of an innovative collaboration between Rattle and Peter Sellars, two of the boldest creative minds in music and theatre today. Supported by the London Symphony Chorus, prepared by renowned choral director Simon Halsey, it is a moving statement of intent for Rattle s tenure as LSO Music Director. The plot, a love triangle between Prince Golaud, his wife Mélisande and his brother Pelléas, is shrouded in mystery and full of gripping twists and emotion-filled turns, ultimately ending in Pelléas untimely death. The sensuous score contains some of Debussy s most exquisite music and perfectly crystalises the atmosphere of Maeterlinck s original play. Debussy himself explained the appeal of the work: The drama of Pelléas which, despite its dream like atmosphere, contains far more humanity than those so-called 'real life documents', seemed to suit my intentions admirably. In it there is an evocative language whose sensitivity could be extended into music and into the orchestral backcloth.

***** "Watch out for the live recording on LSO Live" Richard Morrison, The Times

**** "Irresistible...the performance was being recorded for LSO Live. I shall be first in the queue to buy it." Rupert Christiansen, The Telegraph

**** "Rattle s relationship with this score is a long one, and it unfolds here in spontaneous, giddy arcs...picked out in gilded detail by the musicians of the LSO." Alexandra Coghlan, The Arts Desk

**** "Rattle's conducting was immaculate... the performance has made me think about the work again, wondering how far I should prod that glorious surface to see what lies beneath." The Spectator

Kožená’s Melisande has a firm streak of red-blooded coquettish defiance that is effective, even if it belies the character’s customary blanched fragility. Christian Gerhaher’s Pélleas is similarly finely sung, if a little too knowing…There is a palpable sense of unfolding drama that is realised, not just imagined…All of this is only possible thanks to the inspired playing of the London Symphony Orchestra under Rattle, with superb characterisation from the woodwind.

Rattle maintains both a clear pulse in individual scenes and a through line which positively celebrates Debussy’s and Maeterlinck’s radical intercutting of scenes of varied physical and emotional locations in the central acts. The LSO’s playing throughout is at a high level of virtuosity...Gerhaher and Kožená are good at not over-egging the pudding of their confusions and naiveties...Finley manages to make Golaud’s rages frightening without the ‘evil’ melodrama that bigger, darker voices have brought to the role...an early jewel in the crown of Simon Rattle’s assumption of the principal conductorship of the LSO.

His interpretation shares many of the strengths of Boulez’s own accounts, such as the meticulous shifts of mood and colour...One of the new recording’s great strengths lies in Rattle’s knack of balancing stillness and urgency; another is his gift for psychological drama. The huge orchestral forces don’t so much support or react to the characters as become one with them, much as a great lied-pianist does with their singer.

Rattle achieves a miraculous translucence of texture without sacrificing drama. Gerald Finley’s intense Golaud is the star here, but Christian Gerhaher and Magdalena Kozena are both substantial in the title roles.

It’s not a definitive performance...but it is an exceptionally vivid one, not least thanks to the expressiveness of [Kožená and Gerhaher]...Under Rattle’s leadership the orchestra is a true protagonist in the drama; the colours of this great score are constantly evolving, intensifying and receding, and the interludes are wonderfully well played.